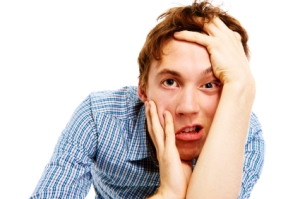 Over the past year I’ve had multiple conversations with people who do not currently believe in God. (I say currently, because even after walking away from a less-than-stellar conversation I pray expectantly that they one day will.) Some of these non-believers I’ve met only once and others are long-time friends. Some have never believed in God and others confess that they used to.

When I talk with these people I do my best to speak the truth in love and present the “clues of a creator God” that are all around us. I try to clarify their misconceptions and present the facts of Jesus. And I let them know that they can doubt and ask questions to God directly. I’ve written about that HERE.

What I’ve realized is that I’ve not been helping people take another step…especially those who used to believe. And not taking that step may be the exact reason people struggle believing. What’s that step?

Try being in a relationship with God.

But what if “relating” to God and pursuing him might be what brings someone to belief.

I mean get this: I didn’t love my wife before I got to know her. I met her. We started dating. Then I loved her. The relationship came before my love for her. It’s the same way with any close relationship you have, especially a relationship with God.

Even Jesus called people to follow him (be in a relationship with him) before they believed the right things about him. Belief wasn’t a prerequisite for a relationship. But through the relationship many of the people who followed him believed.

The truth is, belief in God is strengthened by a relationship with God.

The more you get to know God through relationship the deeper your belief in him will become. Telling people to “just believe” is unhelpful. And trying to believe more doesn’t make the relationship deeper. It doesn’t make it better. Belief only grows and is established when there is a relationship.

For several years I’ve counseled students that the number 1 way to grow in their faith is to have a personal, daily relationship with God. And I still stand by that.

It will be what keeps them anchored when the circumstances surrounding them go bad and they doubt God’s existence.

It will even keep them anchored when their circumstances are going great and they are tempted to see no need for God.

It will sustain their faith when the “mountain top highs” of camp dissipate after a few weeks.

It will sustain their faith when their friends cave to peer pressure at school.

But trying a personal, daily relationship with God can also potentially bring someone to belief. Not having one could be the reason they are struggling to believe.

Recently a student approached me and confessed that they were struggling to believe in God. God felt distant to them. I empathized with the student as they had been going through some difficult circumstances. Then I asked, “When is the last time you spent time with God?” This student couldn’t remember. It had been a long time. A daily, personal relationship had fallen off their radar. And then I asked, “Do you think you’re struggling to believe because it’s been so long since you’ve talked to God?” The student shrugged, feeling down and defeated. They were ready to give up on believing in God. So I tried a different angle.

I asked, “Do you remember having a best friend in kindergarten or early elementary school?” The student smiled and nodded. Then I said, “Are you still friends with them today?” The student responded, “No. We don’t live in the same city anymore.” Then I asked, “Do you believe they are still alive.” The student responded, “Of course.” And then I said, “And if you could talk to them, you’d believe even more, right?” Then the student saw where I was going. If they could believe a friend was still alive even though they hadn’t been in a relationship with the friend for over 10 years, maybe they could still believe in God. And if that belief would be made stronger if this student could talk to their friend, maybe their belief in God would grow if they began a relationship with him too.

Maybe you’re struggling to believe in God.
Maybe you believe, but your faith hasn’t been growing for some time. The answer for the skeptic and the believer is the same—try having a personal, daily relationship with God. It will be awkward at first. But don’t give up. Push through. And you just may find belief on the other side.

Now maybe you’re thinking, “This all sounds great, but how can I have a personal, daily relationship with God? What does that look like?” We will look at that in the next blog post. Can’t wait!